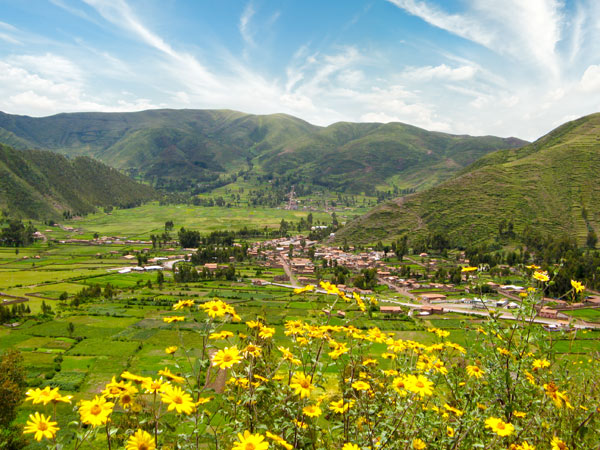 When we drove through the Cusco countryside it was a lush backdrop for the intriguing Peruvian lifestyles.

The people were gracious, gregarious and gorgeous. 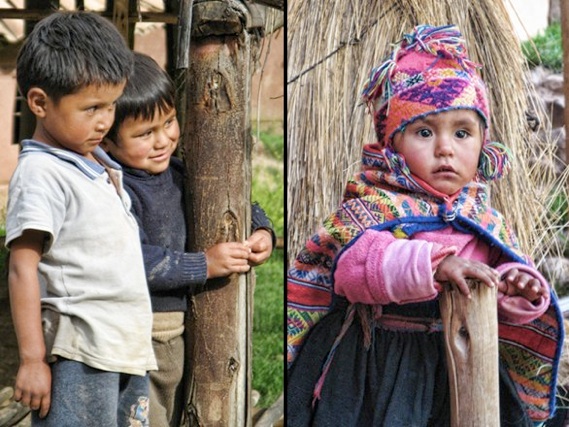 The children were as inquisitive about us as we were about them. 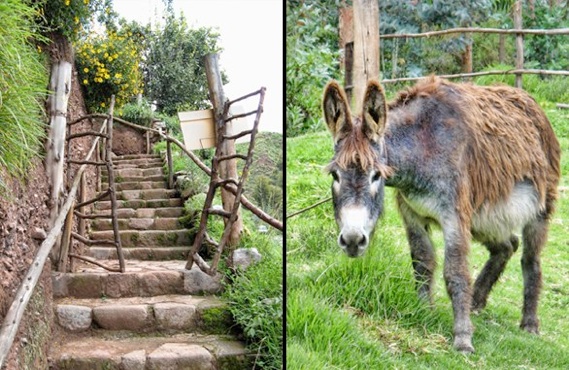 There were many opportunities to explore, and new friends to make.

Sharing a meal with one of the locals was entertaining, to say the least. Later in the trip, I encountered “llama drama” when one spit in my face… not so entertaining! 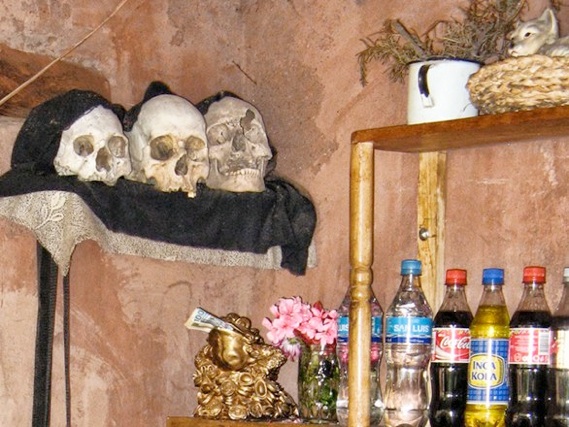 There are many strangely fascinating practices and customs in Peru. In one home, skulls of relatives are given a prominent place of rest, gracefully displayed next to the soft drinks. I think they need something harder to drink to deal with this décor. 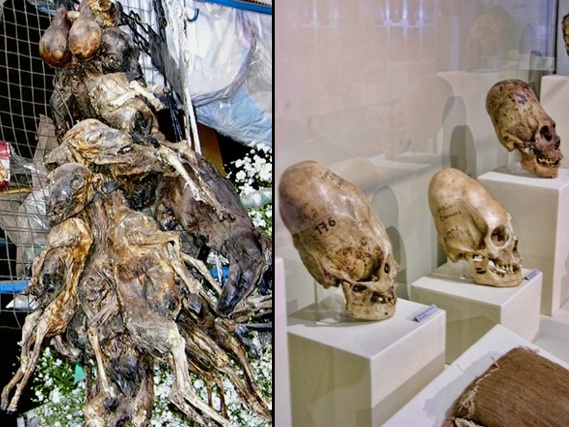  Not sure what these market gems were before dehydration, or what strange heads these skulls came from.

“Waste not, want not” or so the saying goes. 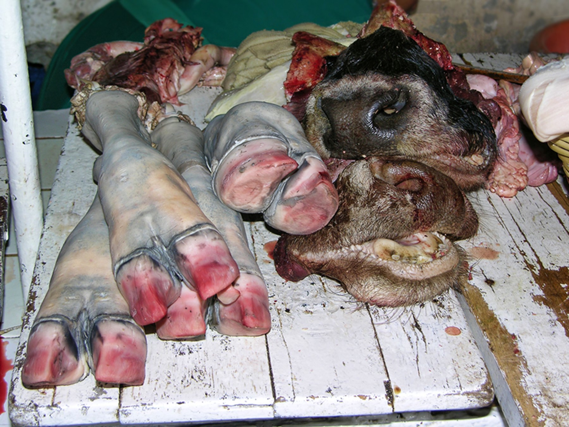 The Peruvians excel at this when it comes to food. They are as resourceful as they are creative in their diverse cuisine.

There was always some local specialty to be found in the markets, on the farm, and on the streets.  Did I mention hats are standard fashion? 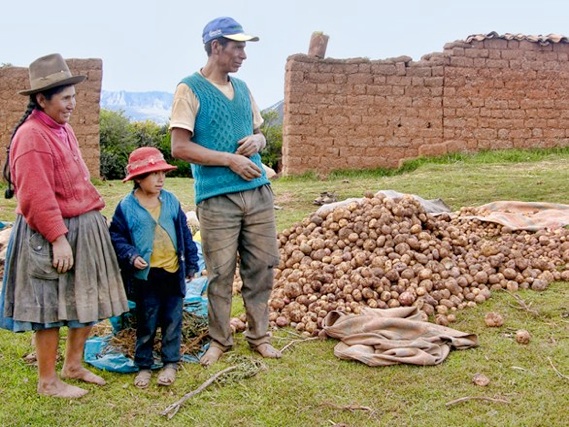 The three traditional staples of Peruvian cuisine are corn, potatoes, and beans. We were privileged to meet a potato farmer and his family that were proud of their crop. 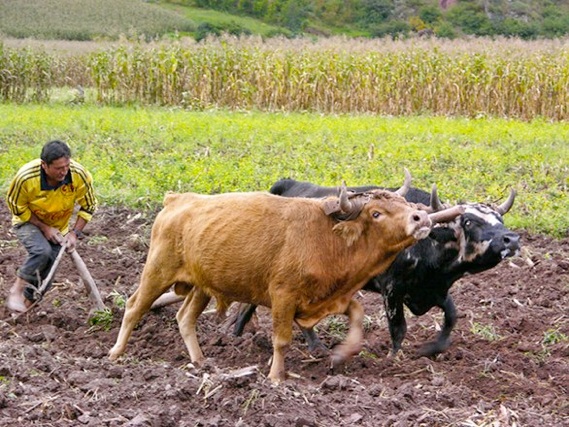 We watched farmers in action in a land relatively untouched by time. 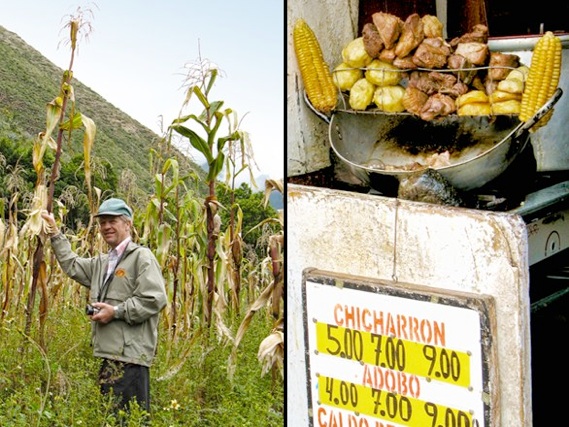 My dad is a corn farmer, and even he was surprised by the height of corn in Peru. Corn is a staple of the Peruvian diet with its history dating back to1200 B.C. Ancient farmers achieved a degree of sophistication in the selection and creation of new varieties, which then adapted to various conditions. Could this be the first genetically modified corn?

The tall corn produces very large kernels!  My parents sample some of the many varieties.

Peru is graced with a plentiful bounty of food sources and diversity including 2,000 species of fish, 2,000 varieties of potatoes, 35 varieties of corn, 650 species of fruit. Ancient Inca civilizations grew nutritionally rich plants that are now being “rediscovered” by contemporary Peruvians. One such plant bursting with lots of good stuff is quinoa. Today’s recipe is based on this “gold of the Incas”.

Get creative with this quinoa salad. It is a great base for a variety of different herbs and vegetables. Add 1/2 cup pine nuts for an extra crunch. I choose red quinoa because of the vibrant color, white tastes the same. Washing or roasting quinoa before you cook it essential to eliminate the bitter taste. * The adventurous cook would add 1 finely diced jalapeno. 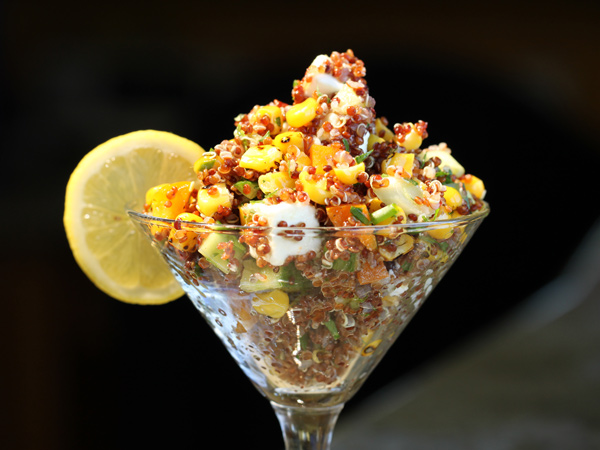 Hope you enjoyed your armchair journey to Peru. If quinoa is currently not in your repertoire, I hope that you will consider adding this power packed food to your mix. Please let me know your favorite way to cook it.
…and then, she paused for thought.