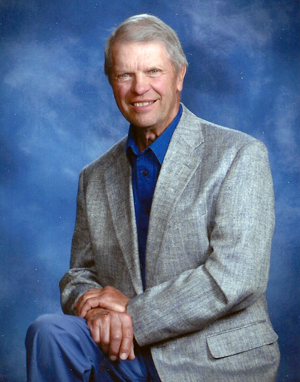 Funeral services will be 10:30 A.M. Thursday, March 17, 2016 at Evangelical Covenant Church in Sloan, Iowa with Reverend Richard Moore, officiating. Burial will be in the Fairview Township Cemetery at Albaton, Iowa with military honors by the United States Army and Smith-Rhodes American Legion Post #295 Of Sloan, Iowa. Visitation will be 5:00 P.M. – 8:00 P.M. Wednesday, March 16, 2016 at the church with a prayer service at 7:00 P.M. Arrangements are under the direction of Rush Family Care Service in Onawa, Iowa.

Larry Lloyd was born March 8, 1935 in Sioux City, Iowa the son of Lloyd E. and Gladys E. (Wiksell) Nelson. He attended school and graduated from Whiting Community School. He then attended Indiana Wesleyan University and Iowa State University. He was drafted in the United States Army from 1957 – 1959 where he served in Munich, Germany. He was also in the United States Army Reserves for two years.

Larry and Carolyn Clark were united in marriage on November 24, 1956 in Sioux City, Iowa. Three children were born to this union, Christopher, Stephen, and Cathy. He was a lifelong farmer.

He was a very active member of the Albaton Wesleyan Church where he taught Sunday School for many many years, was church treasurer, and song leader until their closing and then became affiliated with the Evangelical Covenant Church in Sloan.

He was preceded in death by his parents.