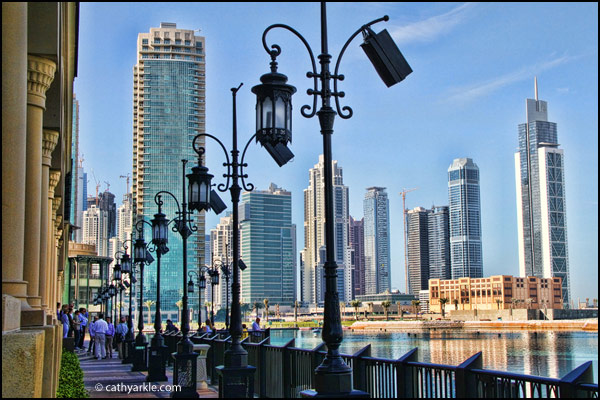 The first time I saw pictures of Dubai, I thought they were altered with Photoshop. When I arrived in Dubai, I felt like I walked right into a movie set on the backlot of Universal Studios. Everything around me looked surreal. I wasn’t sure if I had time traveled to the past or the future, soon it became clear, I was in both.

In capturing the essence of this bizarre place, I took a few painted liberties with my photos to show the diversity, beauty & craziness of this intriguing city. 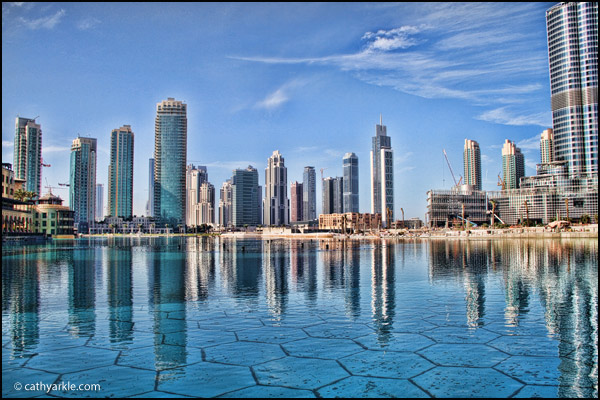 I stood in awe looking across a man-made lake bordered by high-rise buildings sprouting like weeds out of the desert. 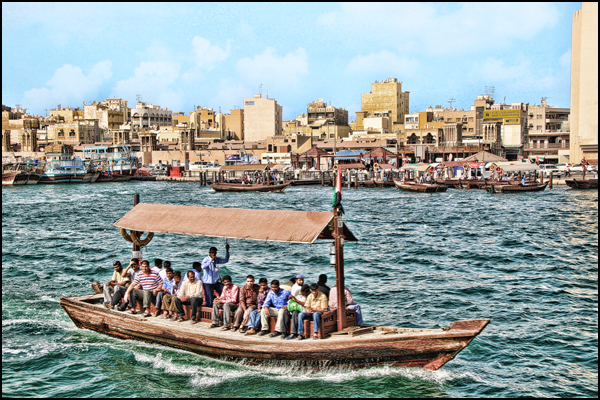 To explore further and from another point of view, I took a ride on a Dhow which is the traditional sailing vessel of the Emirates on Dubai Creek. 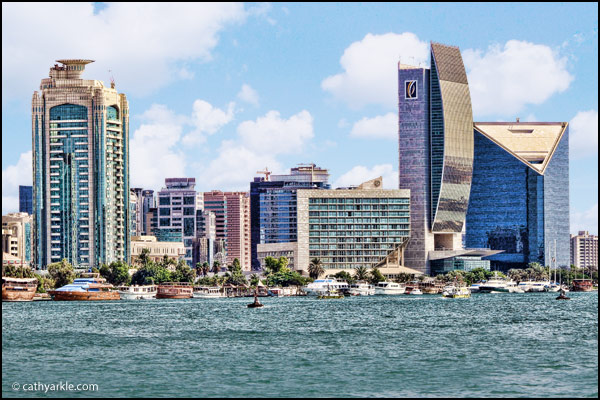 The creek offered a vibrant mix of past & present, old and new. 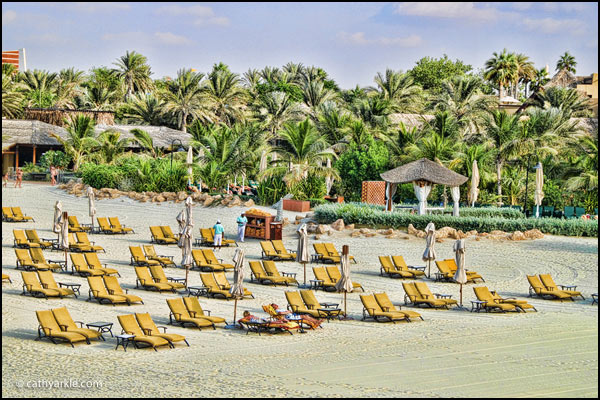 Glancing in only one direction you might think you were in the tropics, not a desert. 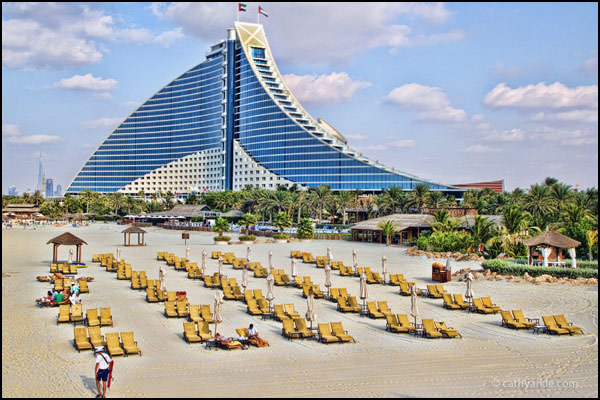 Look further and you would swear you were at Disneyland. 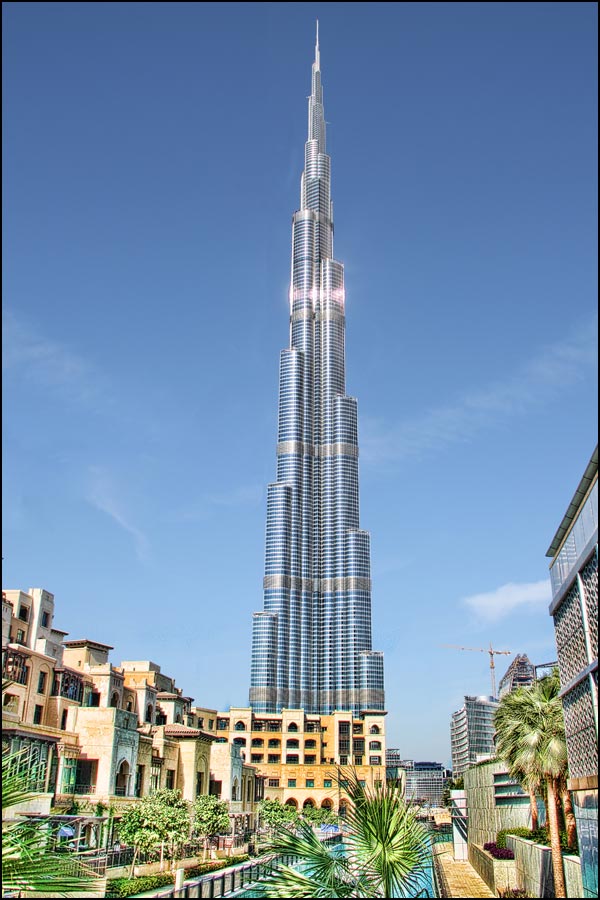 Burj Khalifa, which rises 2,717 ft. with 163 floors. The tower has stood as both the tallest building in the world and the tallest man-made structure of any kind in the world since its completion in January 2010.

When you see the tallest building you have ever seen, you gasp. It took 3 photos to capture the whole building, I had to piece them together at home. Unbelievable.

Yet, no sooner had I seen this modern wonder, I felt like I wandered into a third world country. 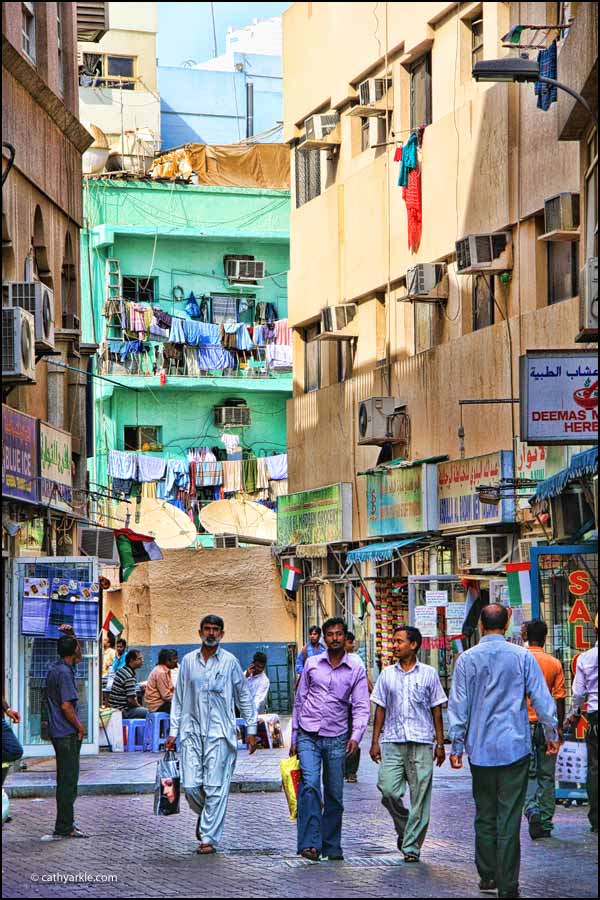 I really enjoyed walking amongst the daily lives of the locals. 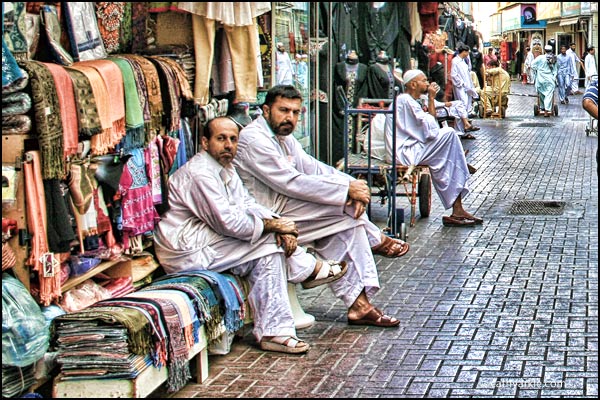 I loved the feeling of stepping back into time. 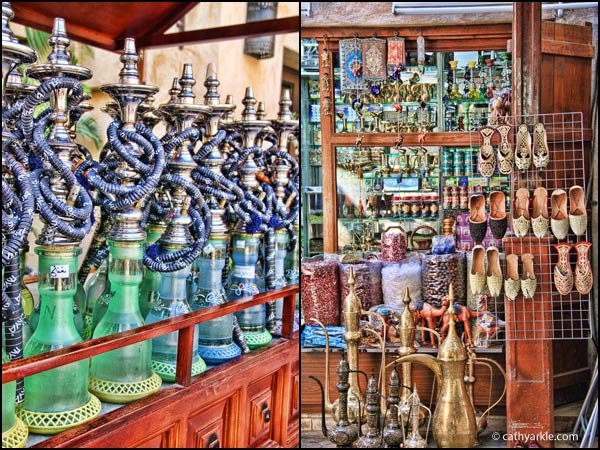 I expected Aladdin to dart out of an alley with his beloved lamp, knocking over hookahs and such. 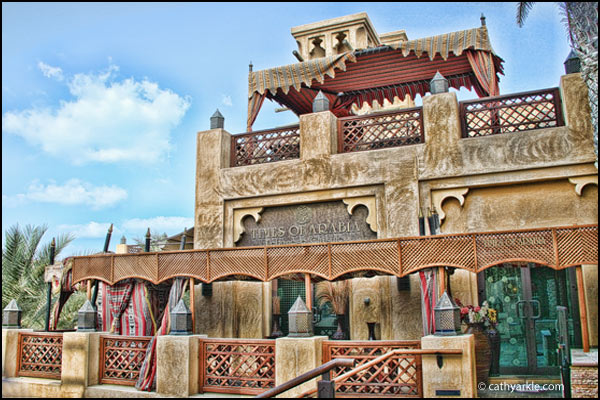 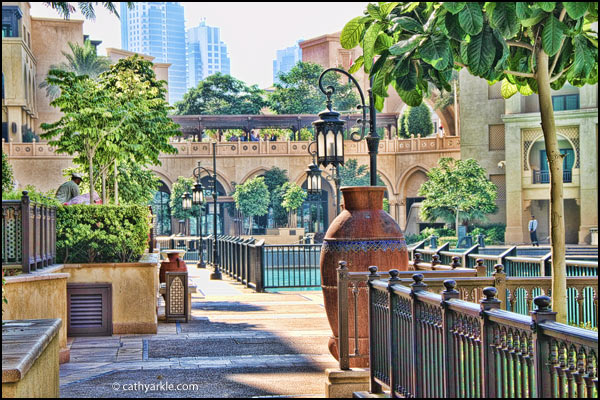 Yet looming around the corner I felt that I would see George Jetson zooming by on his way to the office. Pretty sure he lives here?! 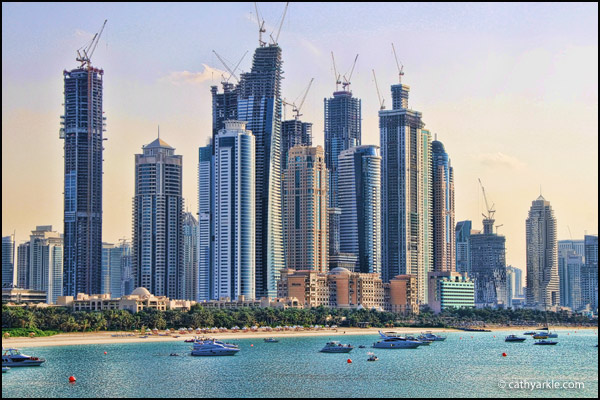 In order to really see the whole city have tea in the Skyview Bar at the Burj Al Arab, which is an sensory-explosive experience. 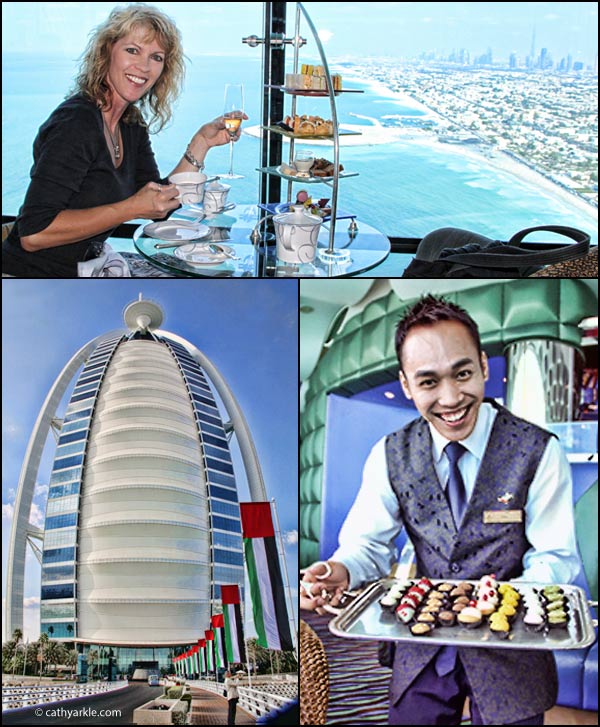 I don’t know what I enjoyed more about it—the stunning views of the city, the attentive service or the exotic pastries & local delicacies like Lychee and Rose Sorbet. 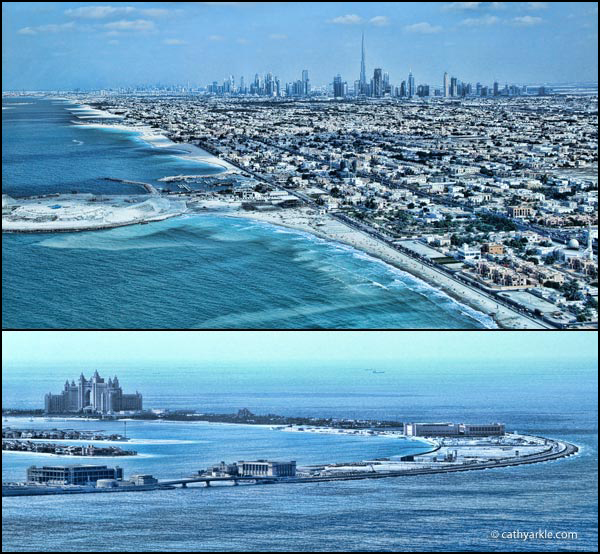 It is expensive, but given that this is the world’s top (self-proclaimed) seven-star hotel, it was worth the splurge. 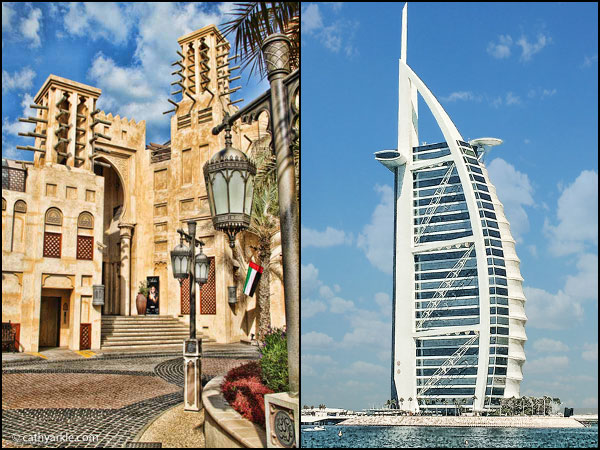 It is fun to contemplate if Dubai is imagination or reality. Whatever the answer, it will capture your curiosity. 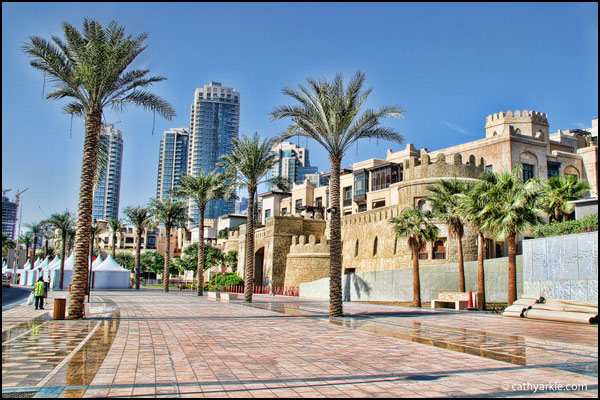 “The use of traveling is to regulate imagination with reality, and instead of thinking of how things may be, see them as they are.” – Samuel Johnson 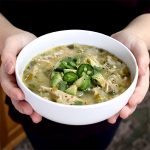 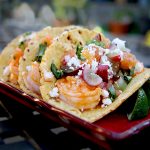 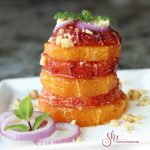 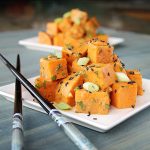 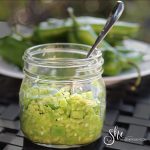