Visiting the historical sites of Tunisia was just one of many reasons why I fell in love with this fascinating country in Northern Africa. 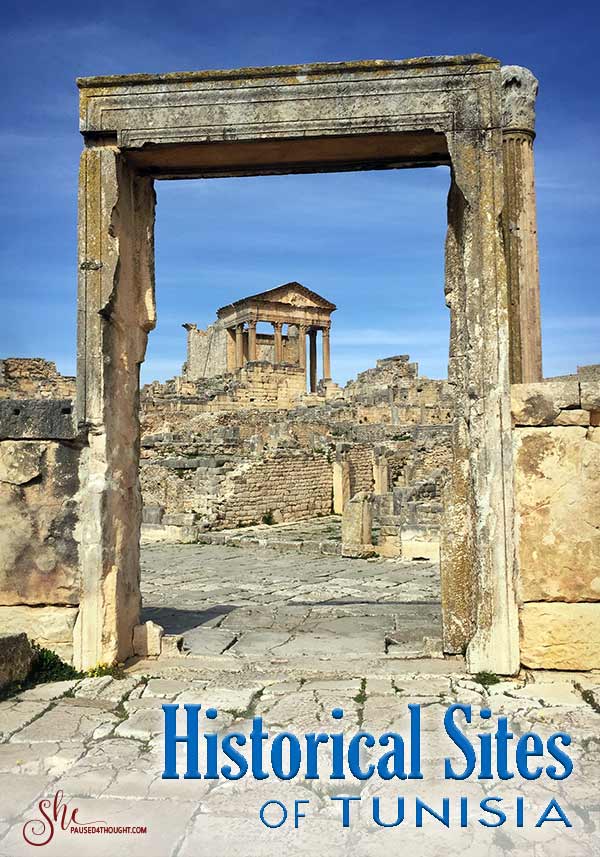 The Capitol, seen through the door of the ‘Unnamed Temple’ in Dougga

Tunisia is a country with an extensive and colorful history. So many archeological sites demonstrate the historical role of Tunisia as one of the most important crossroads of civilizations, though it is not often recognized as such. It could be, for Tunisia hosts the most impressive Roman ruins outside Italy.

Here are three of my favorite historical sites of Tunisia.

Potentially one of the most magnificent Roman sites in Africa, Dougga’s ancient remains – a Unesco World Heritage site since 1997 – are surprisingly complete, giving an intriguing glimpse of how prosperous Romans lived back in the day with baths, temples, mausoleums and theaters. 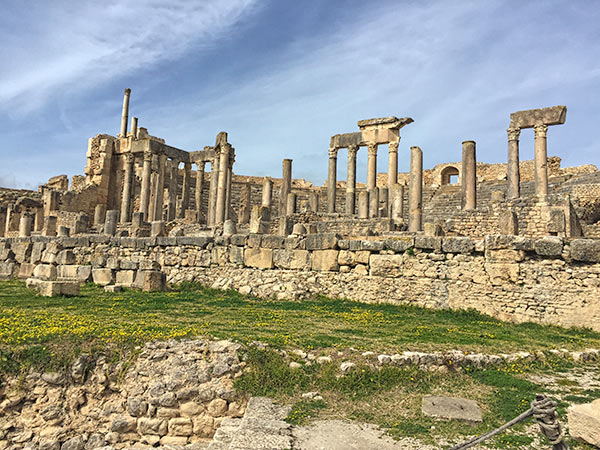 Front view of the Roman theater in Dougga 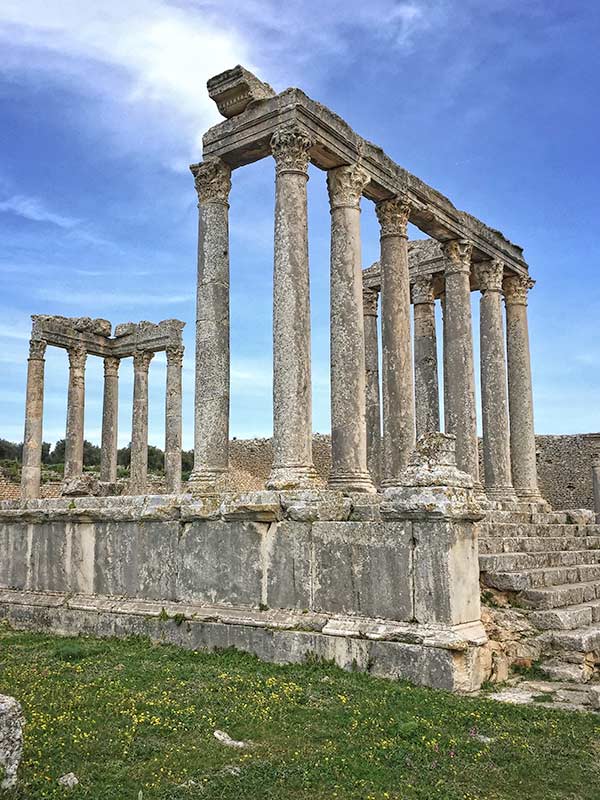 This restored theater was built in AD 168. These 19 tiers could accommodate an audience of 3500. 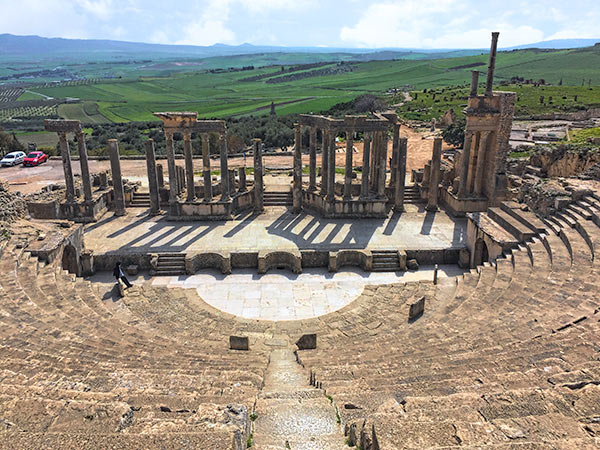 The nosebleed section has an enchanting view of the hillside surrounded by olive groves. 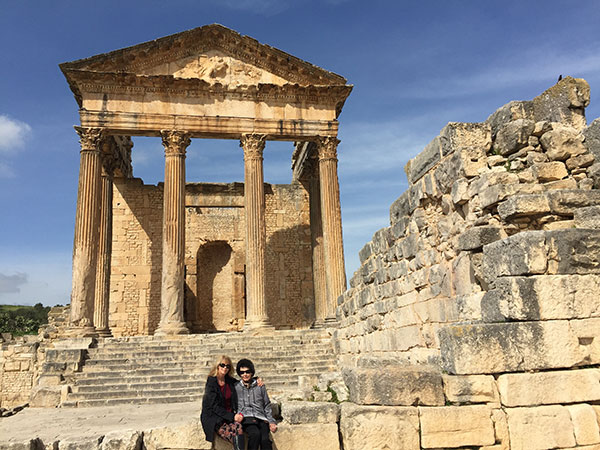 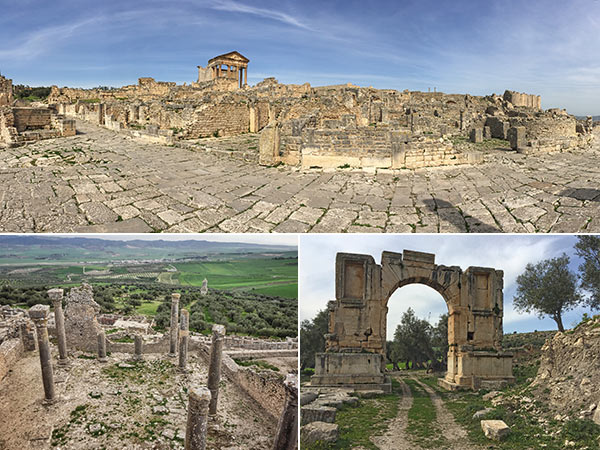 Below is our knowledgeable and entertaining Tunisian tour guide Ghazi Zaroui. Born and bred in Nabeul, he was able to expertly navigate us through the Tunisian treasures. We would have been lost without him. 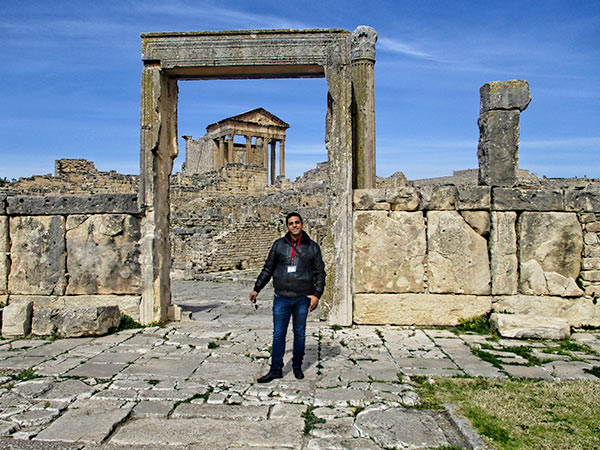 Dougga is about a 2 hour drive from the capitol city of Tunis.

This Unesco World Heritage–listed colosseum is the third largest in the Roman empire after Rome and Capoue. 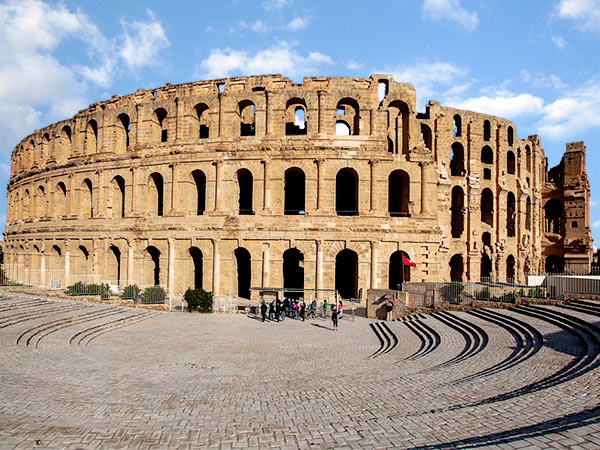 Inside, most of the supporting infrastructure for the tiered seating has been preserved. 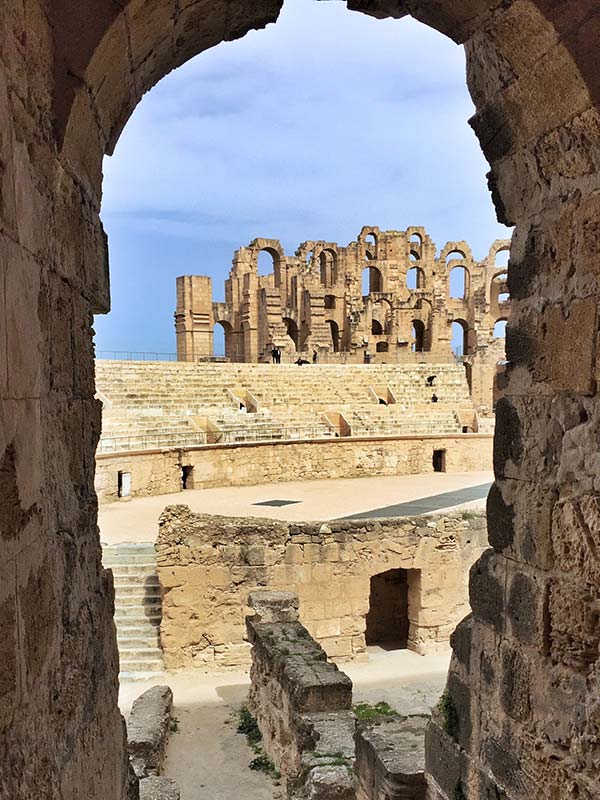 El Jem was built entirely of stone blocks, with no foundations and free-standing, its facade comprises three levels of arcades. 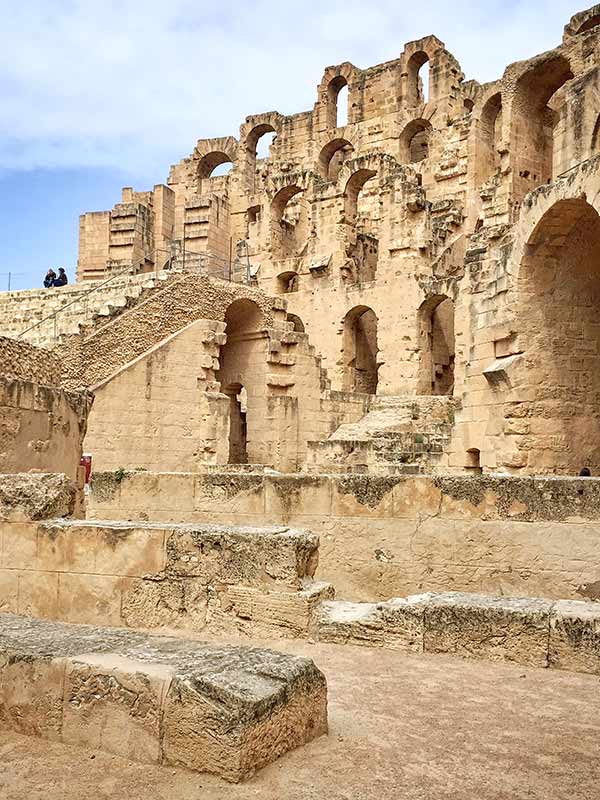 You can explore the long underground passageways that were used to hold animals, gladiators and other unfortunates in their last moments before they were thrust into the arena to provide entertainment for 35,000 people. 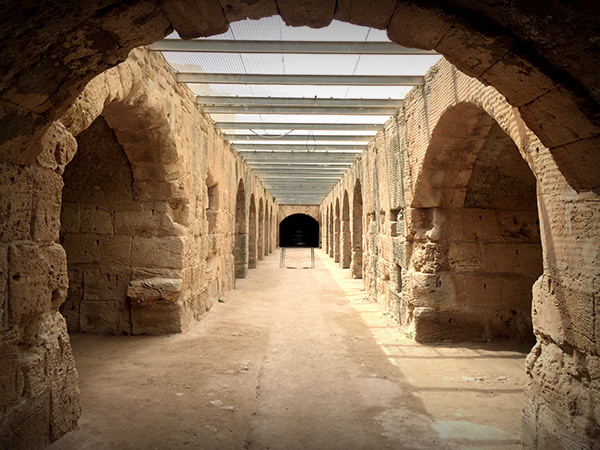 Any number of exotic animals may have faced their death here – Camels, horses, zebra, even giraffes – as the concept of the Colosseum was to show off the glories of the Roman Empire. 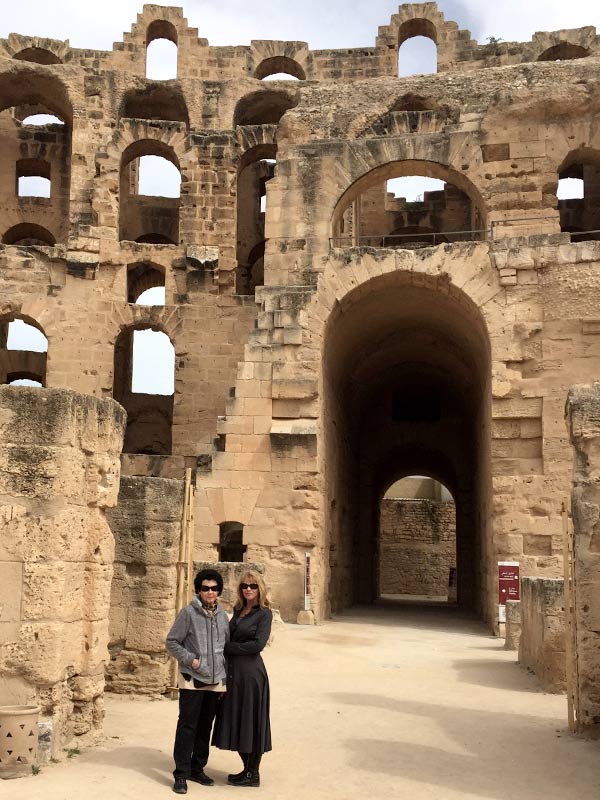 You can still climb to the upper seating levels and gaze down on the arena. 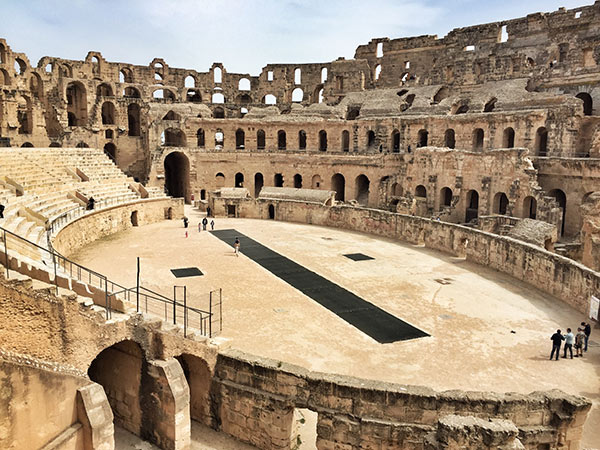 Or you can look out across the town. 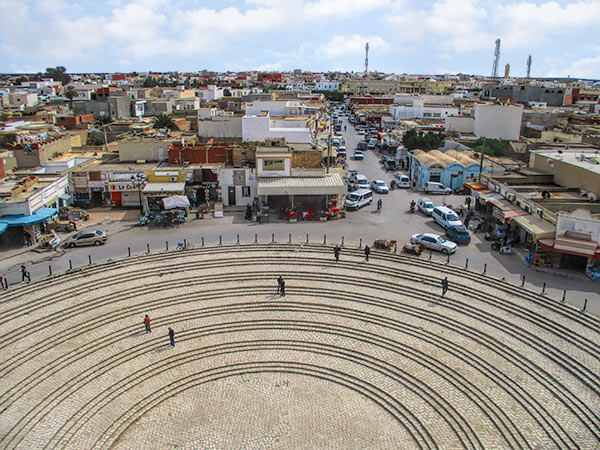 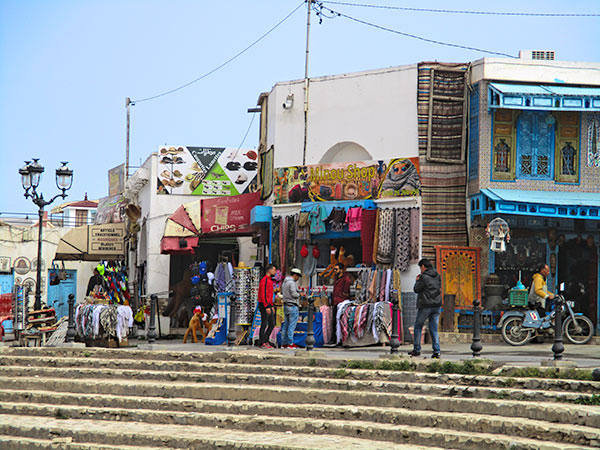 El Jem is 130 miles from Tunis. Getting there is a two hour car journey, worth every minute.

Carthage was founded in the 9th century B.C. on the Gulf of Tunis. From the 6th century onwards, it developed into a great trading empire covering much of the Mediterranean. 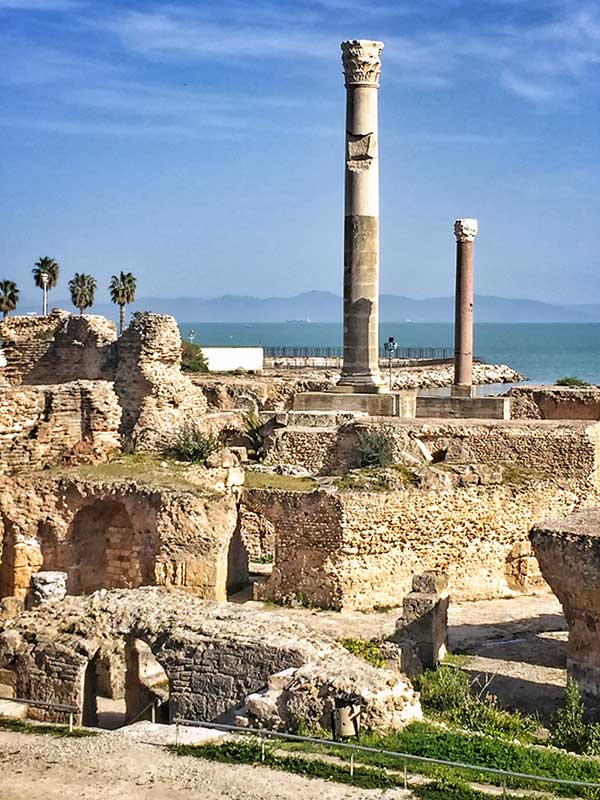 Baths of Antoninus at Carthage

The Romans chose a magnificent seaside setting for this monumental bath complex. Finished in the 2nd century AD, it was the largest bath complex outside Rome. 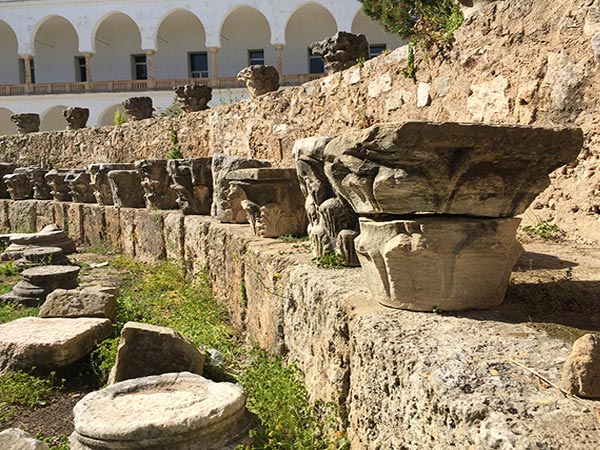 In the course of the long Punic wars (The Punic Wars were a series of three wars fought between Rome and Carthage from 264 BC to 146 BC. At the time, they were some of the largest wars that had ever taken place.), Carthage occupied territories belonging to Rome, which finally prevailed, destroying its rival in 146 B.C. A second Carthage, this one belonging to the Romans, was then established on the ruins of the first. 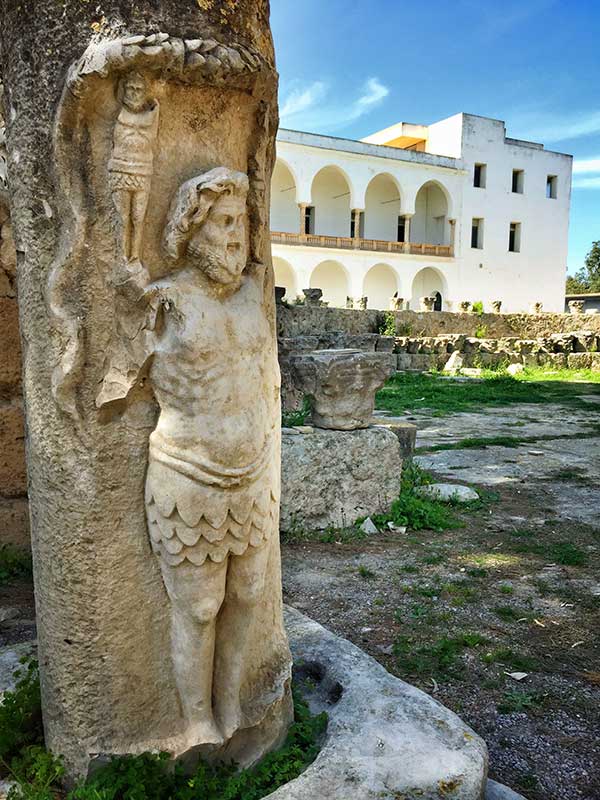 This was on the grounds of the Carthage Museum which was closed for a major renovation. 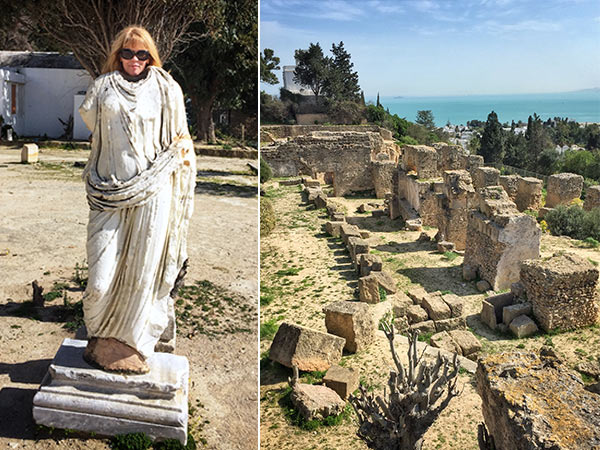 We walked around the grounds and gave the locals a “heads up”. 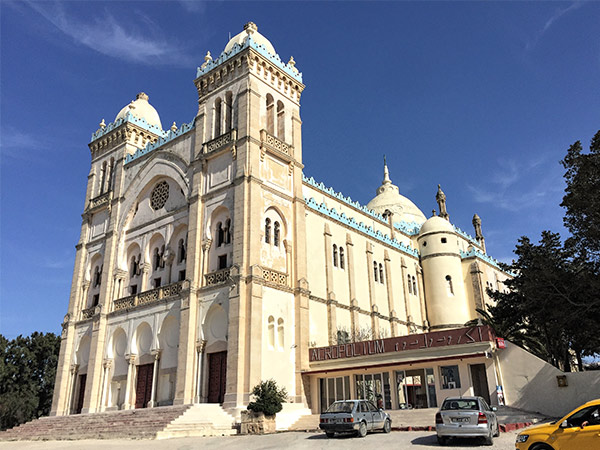 The facade of the Saint Louis Cathedral in Carthage. (The Acropolium of Carthage)

Next to the museum is the Acropolium, also known as Saint Louis Cathedral, a Roman Catholic church built in 1890. It bears part of the heritage of Christianity that Tunisia hosted throughout its history. Unfortunately, many Catholic monuments that marked that period were abandoned. 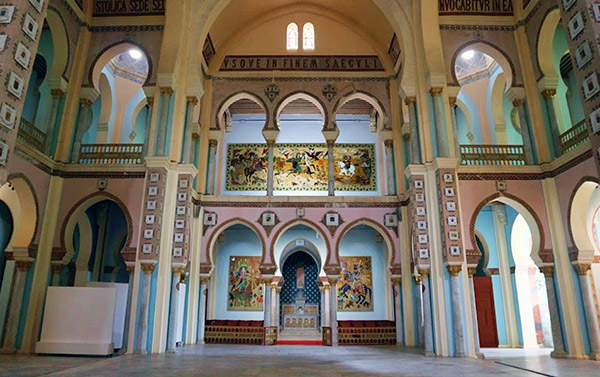 Since 1993, the cathedral has been known as the “Acropolium”. It is no longer used for worship, but instead hosts public events or concerts of Tunisian and classical music. 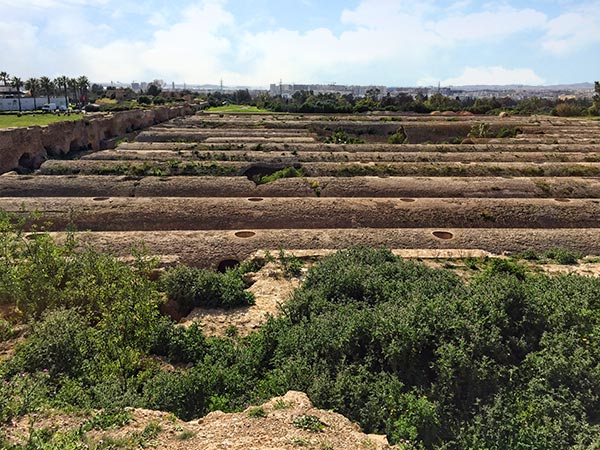 La Malga Cisterns are vast, ancient storage tanks used to supply water to the ancient city of Carthage. Though built roughly 19 centuries ago, the technology used to construct them, and to get the water where the Roman’s wanted it to go, is engineering at its finest.

These are just a few of the richly historical sites of Tunisia, and the ones that fascinated me the most. But there are many more. If you want to see more, take another trip with me to Sidi Bou Said.

Like me, you’ll be inspired to visit if you’ve never been, or to return if you have.
…and then, she paused for thought.