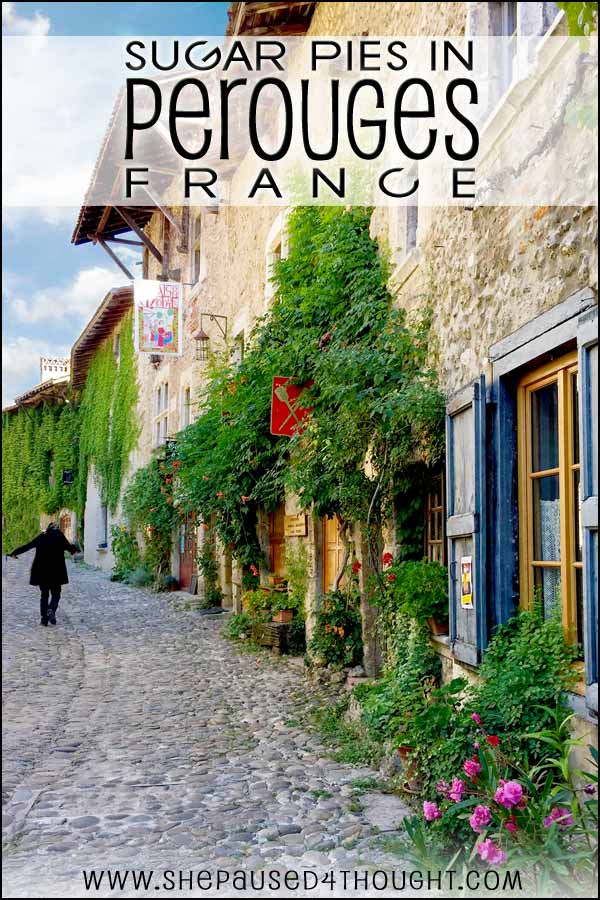 I love taking a step back in time, especially when it is to the Middles Ages. So when I arrived in Pérouges, a well-preserved medieval walled town, I was enchanted. 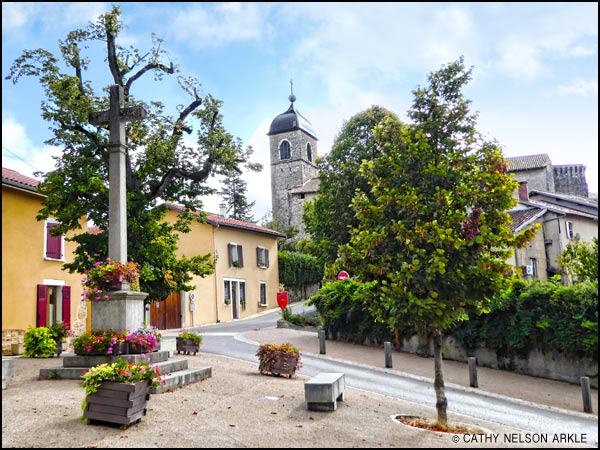 This fascinating and historical cobblestone town is perched on a hill overlooking the Ain River valley 19 miles north of Lyon, France. 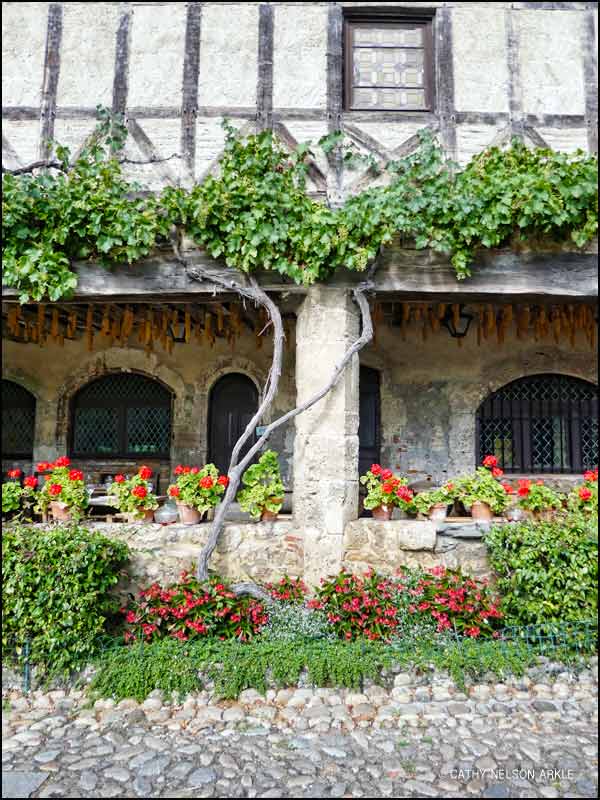 It was developed in the 14th century based around the local wine and weaving industries. 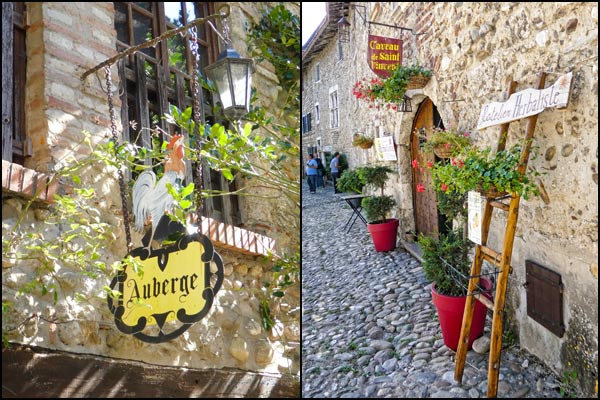 Today Pérouges has been declared by the French government as “one of the most beautiful villages in France.” 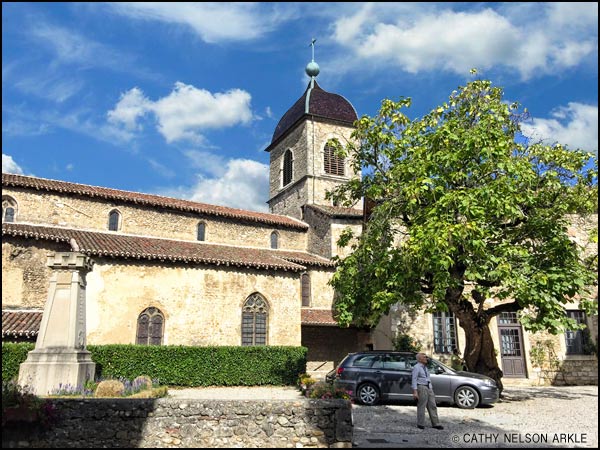 The fortress Church of St Mary Magdalen was destroyed during a siege in 1468 and later rebuilt in 1479. 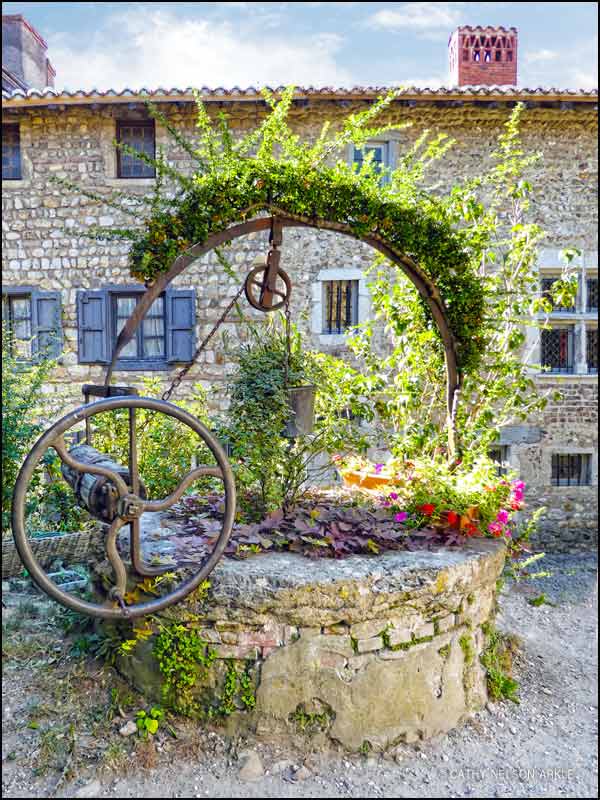 Today the town has fewer than 100 inhabitants and is beautifully maintained. 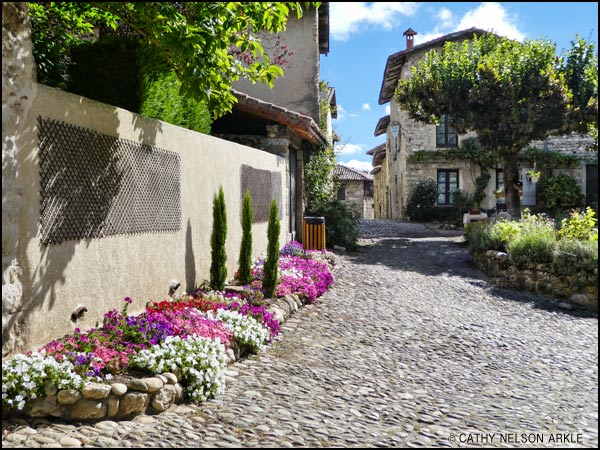 Walking down the cobbled streets, you will see artistically placed flowers, artisan shops in old 15 & 16th-century houses, hotels and restaurants. 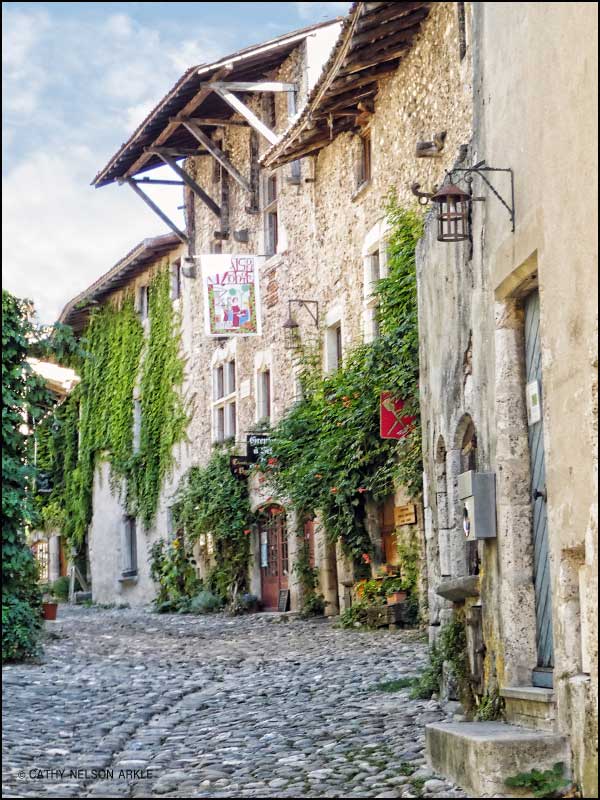 Many famous people have visited the village & sampled the local specialty Galette de Pérouges (sugar pie), including Bill Clinton (during the G7 in Lyon in 1996). 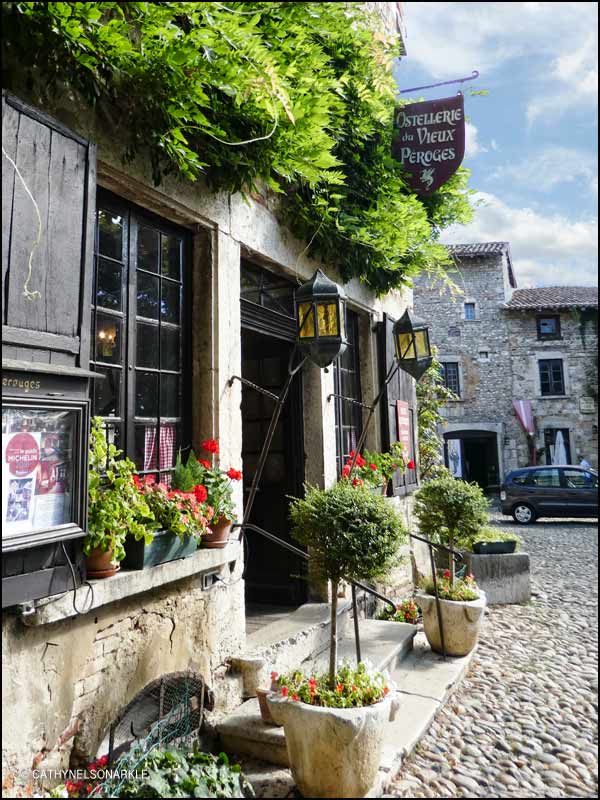 So of course, my mother and I stopped at Hostellerie de Pérouges, a nearly 600-year-old house converted into a hotel & restaurant, to taste this internationally acknowledged sugar sensation. 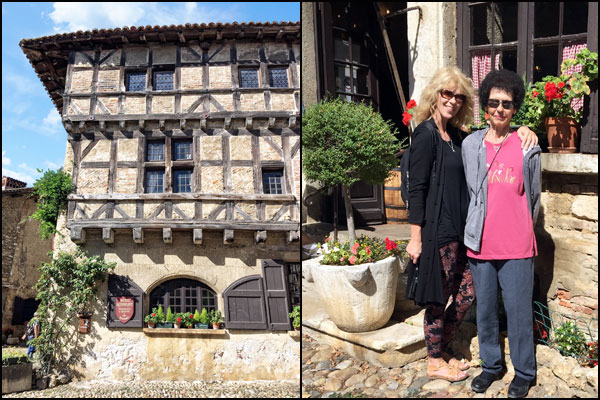 We were pleasantly delighted when we tasted this sweet, brioche-like dough with a caramelized sugar and lemon topping. 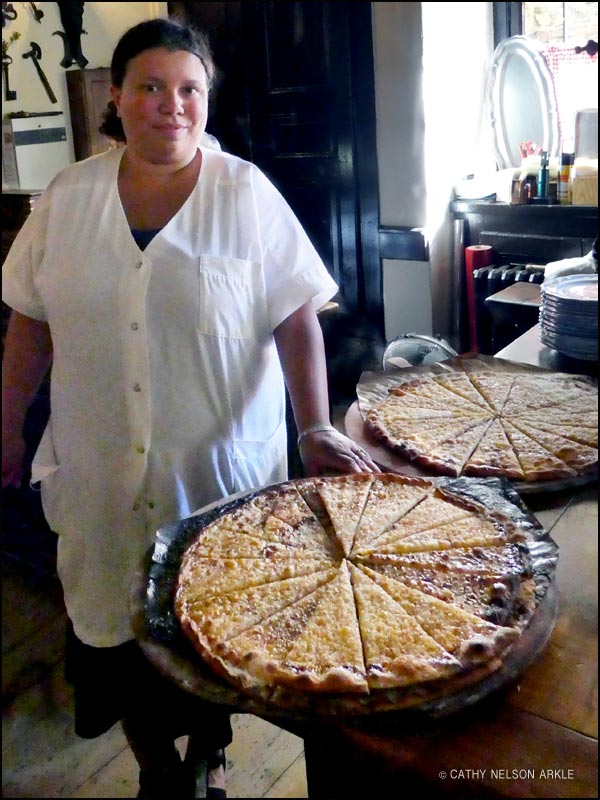 Personally, I think it should be called Crème Brûlée Pizza. No matter what name you use, it was the perfect mid-morning indulgence complimented with a glass of Vin du Bugey Montagnieu sparkling wine. 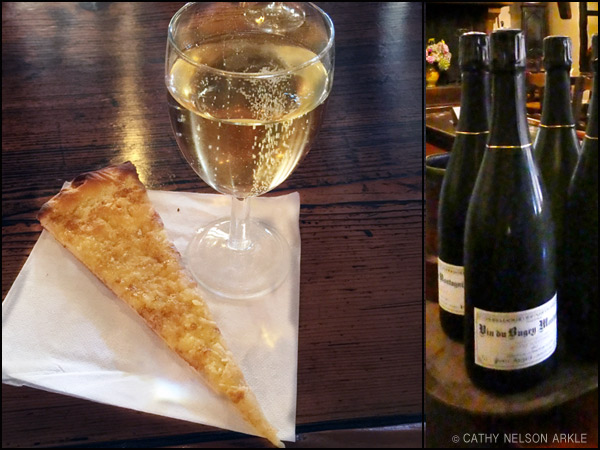 According to farming tradition, the famous Galette de Pérouges was created by Marie-Louise Thibaut in 1912 when she settled in the village with her husband.  At that time, Pérouges was almost abandoned, so she established a commission to salvage the town and draw tourists.

Marie-Louise opened the Hostellerie de Pérouges and created a menu inspired by medieval dishes, which featured an ancient recipe for a wood-fired sugar pie. The village was saved and the pie still remains one of the star attractions. 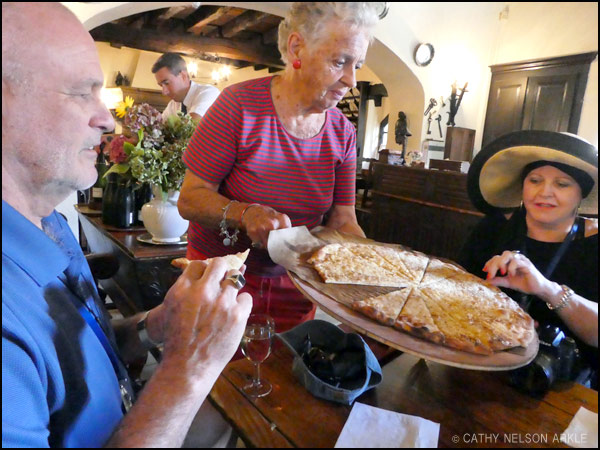 My friends Rick and Dinah enjoying this unique regional specialty.

Even James Beard felt this sugar pie had “all the virtues of French country cooking—it is simple, inexpensive, and makes thoroughly delicious eating.”  The recipe below comes from Mark Bittman, printed in the New York Times. 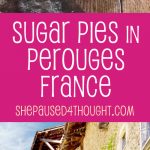 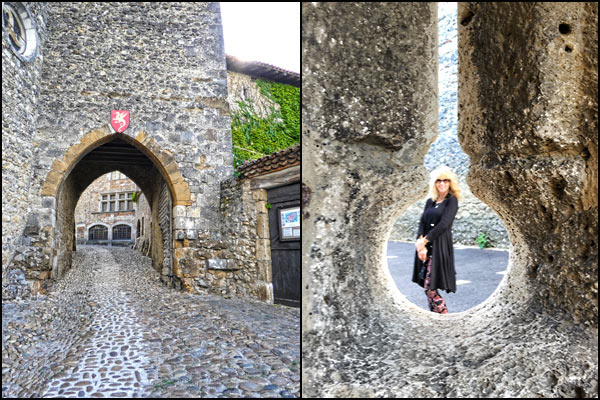 It is a pleasure to discover every nook and cranny in this adorable historical village. 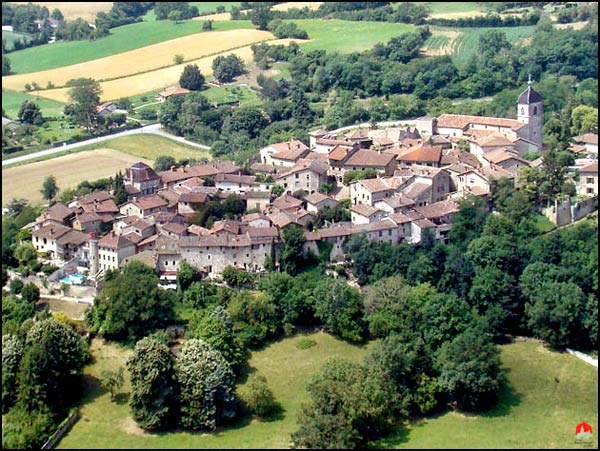 Adventure awaits for all who travel to Pérouges.
…and then, she paused for thought. 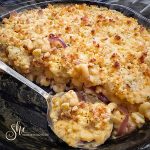