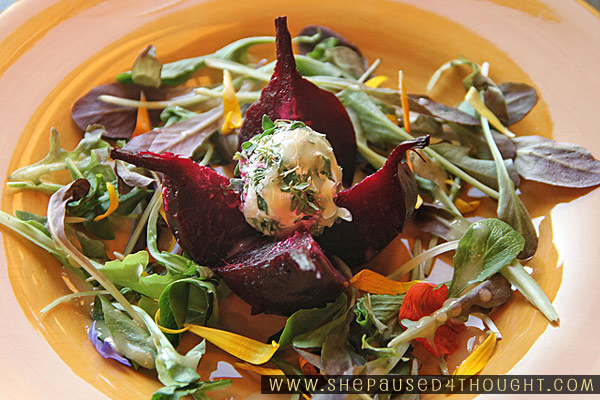 Beets belong in the category of vegetables I hated as a child. Anything that slid out of a can was high on the “yuck factor.” It was only until my girlfriend Nan gave me the “roasted beet challenge.” She said don’t tell me you hate beets until you have eaten a roasted one. Since I always enjoy a good challenge, I bought a single beet as I didn’t want to have too much to throw out. I wrapped it in foil, threw it in the oven for an hour and silently anticipated it’s doomed fate. Well the joke was on me as I devoured that tasty sweet thang with vigor.

Nutritionally speaking, the beet is a kindred spirit to the carrot, although it is much higher in sugar. In fact, of all vegetables, the beet has the highest sugar content. Not sure how I missed this opportunity to eat more sugar as a kid… oh yeah… my mother served it out of a can. It is estimated that about two-thirds of commercial beet crops end up canned. So sad.

Beets (everywhere else in the world they are called beetroot) are thought to have originated in prehistoric times in N. Africa. It is said that beetroot remains have been excavated in the Third dynasty Saqqara pyramid at Thebes, Egypt. I must of missed that when I was there. 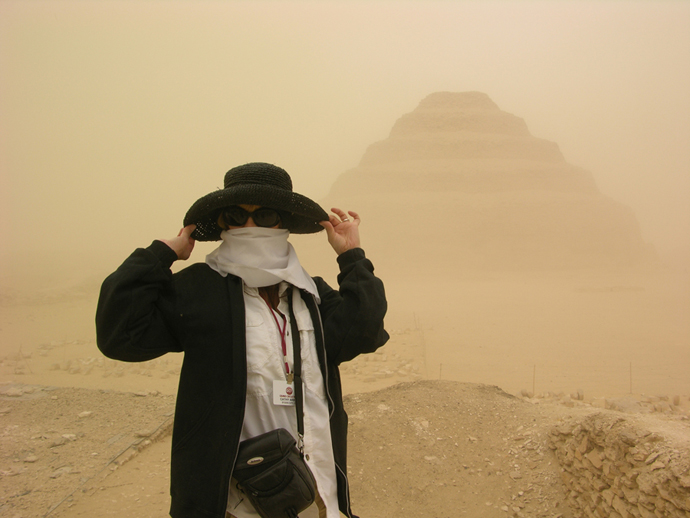 I couldn’t see much because I was too busy making a fashion statement in a blinding sand storm.

And the beet goes on…

Beet leaves have been eaten since before written history. The beet root was generally used medicinally and did not become a popular food until French chefs recognized their potential in the 1800’s. You have to love the French!  I wonder if they were the ones that came up with making beet wine.

Since Roman times, beet juice has been considered an aphrodisiac. Was that before or after it was made into wine?

If you are not getting your beets in wine, you might be able to get it in frozen pizza. Yep, some frozen pizzas use beet powder to color the tomato sauce.

Beets can even help melt snow! One way or another you are going to get your beets if I can help it.

Why? Because beets are loaded with lots of good stuff like antioxidants and nutrients, including magnesium, sodium, potassium and vitamin C.

Some experts say adding beet juice to your diet could provide a performance boost even beyond the blood, sweat and tears of more training. Does this mean I don’t have to go to the gym anymore?

Don’t take my word for it. According to the NY Times Blog, beets are among the 11 best foods you aren’t eating.

If this recipe was a piece of art it would be mixed media. I took a little of this and a little of that from different recipes to make this as I saw it in my mind. The Santa Monica farmers market provided the fresh ingredients for this salad. I used french thyme because that what was growing in my herb garden, but use what you like. The dressing generously Serves 2.

Ta-da! Long live the beet season. Thanks Nan for the beet challenge. I wonder what other yucky childhood vegetable will next on my discovery list?
…and then she paused for thought.