Grilled watermelon salad is refreshingly light and quick to make. 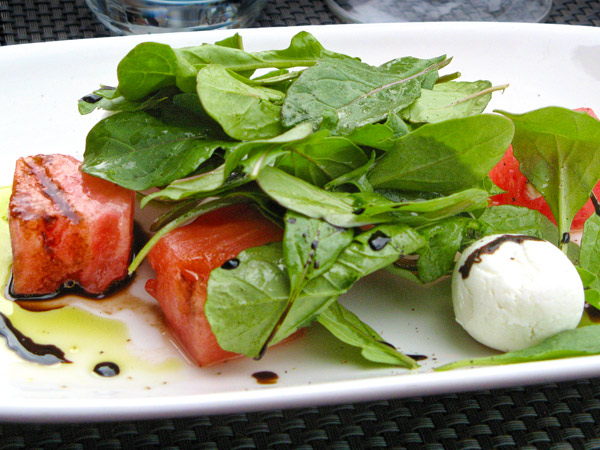 There are so many reasons why I am wild about watermelons and apparently I am in good company. 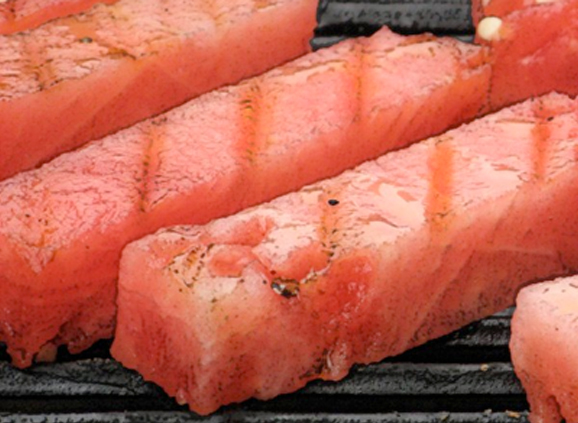 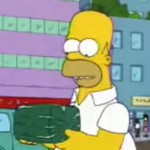 Mark Twain and King Tut have different beliefs on who eats watermelon. Whether it’s angelic or royalty, Homer Simpson is the one who knows how to pick a proper one.

I have read about an Egyptian tradition to put watermelons in the burial tombs of pharaohs as a present for their afterlife. As unusual as this sounds, numerous watermelon seeds were recovered from the tomb of King Tut.  I wonder if that meant King Tut ate the watermelons and spit out the seeds in his afterlife. Strange… I was in Egypt a few years ago and apparently missed the watermelon hieroglyphics. I went on a google pics quest to no avail, so I thought I would “imagine” what it would look like. 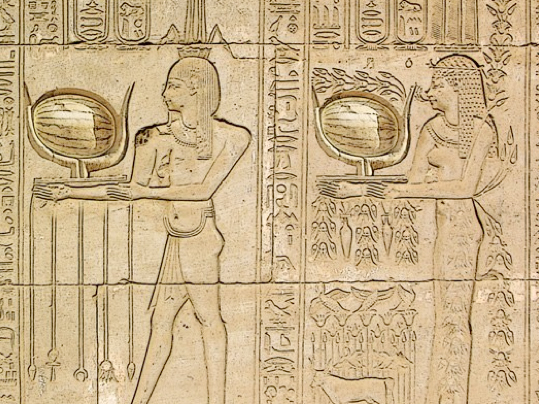 The current thought is that watermelon originated in Southern Africa, where it is still found growing wild, in the Kalahari desert.  What I love about watermelon is every part of the watermelon is edible, even the seeds and rinds. Now that is what I call “wholistic” eating!  Watermelon doesn’t contain any fat or cholesterol and is an excellent source of vitamins A, B6 & C, and contains fiber, potassium, and lycopene. It doesn’t get much better than that! 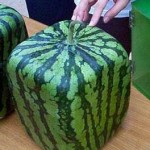 Watermelons are nutritious, delicious and make great gifts. In China and Japan, watermelon is a popular gift to bring a host. And if you are upscale, you would bring a square one which can run you anywhere between $150 – $300. If you need to feed your inner Martha Stewart… click here to get instructions on how you can grow your own square watermelon.

My most recent watermelon recipe inspiration came from a cooking class I took at BLT on Sunset Blvd. Chef Brian Moyers showed us how to make a Grilled Watermelon Salad. It was light, tasty, as well as being something novel to make. Watermelon caramelizes ever so slightly when it’s grilled. Sure to be a hit at your next BBQ.

This recipe is a bit loose. You will want 2 rectangles of each colored watermelon per person. You can use feta instead of goat cheese. If you are short on time, crumble the cheese instead of making the balls. Another option for the lemon, try a combination of lime and orange. I prefer shallots finely chopped to the spring onions. Another optional addition would be Kalamata olives, cut in half.

More reasons to be wild about Watermelon

Depending on your age group… 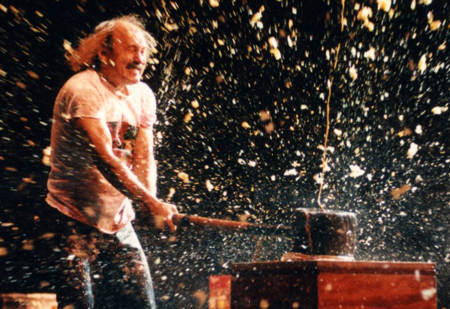 who could forget Gallagher… wildly smashing watermelons!
He always made me feel better about my anger issues.
… and then, she paused for thought.
Yum
Previous Post: « Perfect Popovers
Next Post: bodacious beets…
what they did not teach you in school »